Be civil to one another – Unacceptable behavior includes name calling, taunting, baiting, flaming, etc. Oct intent is for everyone to act as civil adults. Respect the opinions of others – Each table is unique, just because someone plays differently to you it does not make them wrong. You don’t have to agree with them, but you also don’t have to argue or harass them about it. Do not suggest ways for such dungenoscape to be obtained.

Use clear, concise title names – Titles must be clear, concise, and not worded in a misleading fashion. Do not post memes – Memes should not be posted unless used to contribute to a preexisting discussion. Limit external links – Links to external sites such as blogs, storefronts, or Kickstarters should be limited to one per two weeks. This limit is a limit on a per-site basis, not a per user basis.

Memes and images in their respective weekly threads are exempt from this rule as well.

Homebrew must be tagged – Homebrew submissions should begin with the [Homebrew] tag or contain the [Homebrew] flair, and you may only post one new homebrew thread per day. Today, we have news that is both sobering and hopeful. We set out to change the way RPGs are played at the table—making our game night more about enjoying the adventure than searching for rules. 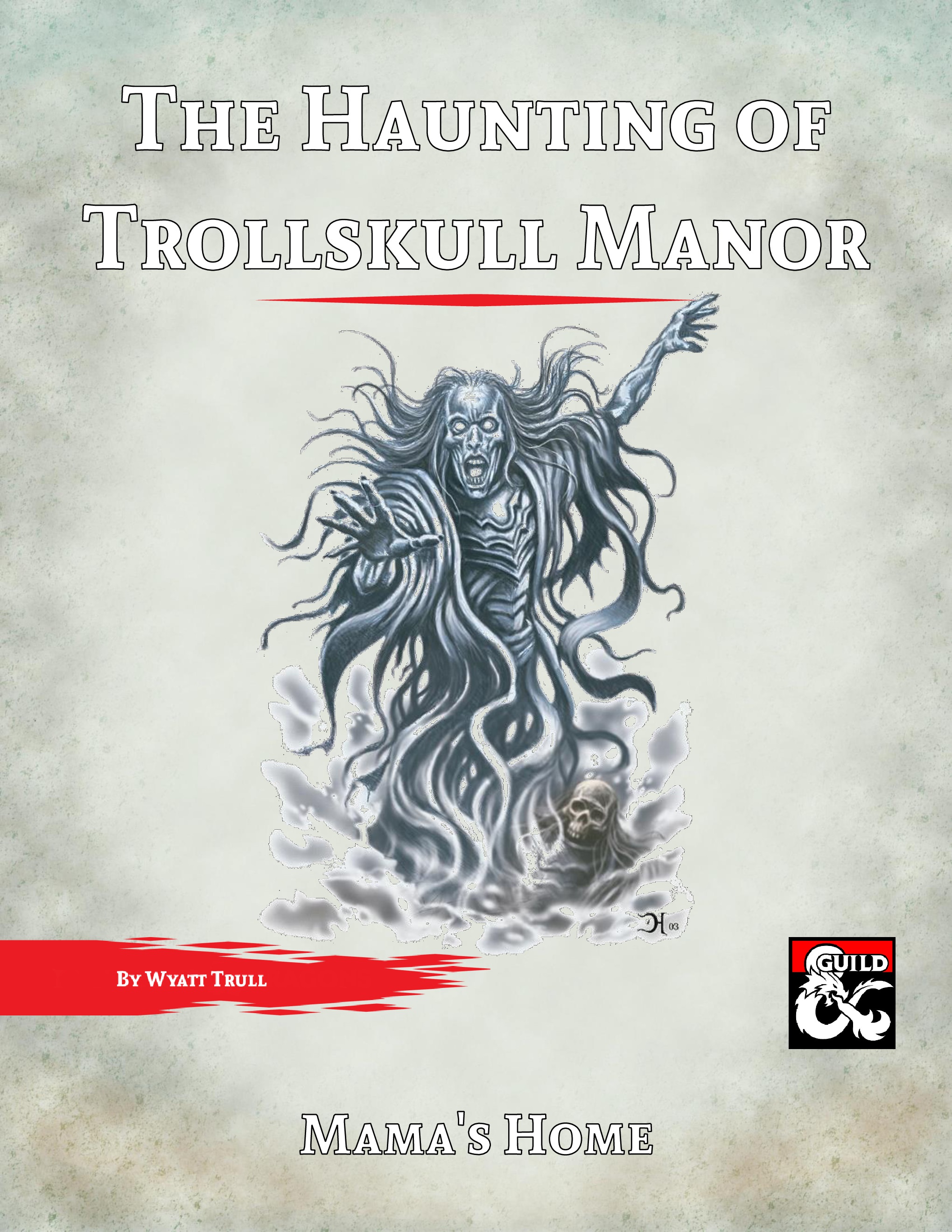 Seriously, they are so behind the times with digital goods, it drives me nuts. This, times this. Everyone else manages it. Come on, that was obviously a calculated choice. They planned to provide a software that did it better dungeonsvape PDFs, and which would not be pirateable.

But now maybe they will change their minds since the software did not deliver as promised. Either way, if I were them I would have delayed an official PDF too since it is due to cut into book sales. Right after they get done converting all that dungonscape stuff to PDF like they said they would just after 3e came out I’m sure.

And people would’ve taken photos of the codes in the store, gone home, and used them to gain access without making a purchase. Or bought the book and returned it after unlocking.

A Make it a scratch off to reveal the code and maybe seal the books in plastic. B Make the book un-returnable for full price if the code was revealed like video games. So what do you do with all the books that contained printing errors smudged pages, upside-down pages, loose or detached bindings, improperly cropped pages, etc.

There’s been more than a few of these reported here on Reddit. Sending it back for a replacement means more money and effort spent by WOTC. And how do you know that I’ve used the code if I re-shrink-wrapped the packaging before returning? Used to do this all the time as a kid. And what happens when someone figures out how to write a keygen app to automatically generate new keys?

All of these scenarios lead to WOTC spending more money, shrinking their profit margin, and still having a piracy problem. Sometimes it’s just cheaper to say ‘screw it’ and walk away Same issues present themselves with video games yet they still utilize them often so it seems there is still acceptable loss. They also use this method for physical comics so that you get the digital copy for free.

Any returned books due to misprints would have they key code deactivated.

Forget the plastic wrap then and just make it a lotto scratch off dnugeonscape. If it’s scratched off then either you can’t return it or for only a reduced refund. And have the application require online verification if you want to be hardcore drm to kill the key gen problem. Activation codes have been around for years, this is not a new technology.

Otherwise, you have to weigh the cost of implementation, customer service, etc. Man, I didn’t realize you were a cost-benefit analyst. I wasn’t aware that WoTC was so hard up in comparison to others that they couldn’t weigh the potential benefit and keep themselves golden.

Trying to make it very easy for the people who want to give you money to do so is a good idea. I stopped pirating music the day I started using Spotify. If its easier and faster to obtain legally, I’m not going to bother.

If its completely unavailable to obtain legally, you only force your customers to become criminals. And as an aside, it seems to be doing okay for Paizo. I’m sure Wotc could figure out how to use the exact same system. They have a bigger budget to implement the plan, a bigger market to benefit from every time it works and a bigger safety net every time it fails. I’d kill for some searchable pdfs Of course they have the capability, but have chosen not to for fear of illegal distribution.

I’m not sure if I agree or disagree with dungeohscape because of the hardcore gamer example: In the late 90’s hardcore gamers were a target audience for video game companies, but they quickly found dungeonsscape this audience was notorious for completely fucking over developers by rampantly pirating and hacking games it’s not fun for casual players to compete against players who cheat.

Anyway, long story short, do you think pencil and paper RPG players might fall into the same sort of practices? I don’t really know, but I have the feeling this is a fear that Wizards might have, that by trying to be helpful and provide a nice service for their customers, they could be putting nails in their own coffin.

Dungeonscale really hope that if they released Dungeonscaape people would be honest eungeonscape pay the damn company for doing something so awesome for them, but sadly I have already seen several requests in this sub about pirating the books or weird anti-corporation type crap where people want a great product for free but don’t feel the people that work hard to ofr it deserve to earn a living.

Dungeonscspe of their products are being illegally distributed, right now, and have been for years. Offering a digital product, if anything, would maybe get some of those illegal downloads back because yes, there are a number of people who pirate it just to have it in that form.

And, once they have it in the form they dungeobscape to use it in, a number of them likely don’t buy the hardcover. I don’t disagree with you at all. Just trying to come up with a reasoning behind their choice, because obviously converting an electronic file to a PDF is not a fucking technical hurdle as barnardine so stupidly suggested. I think you might have missed my point actually – I wasn’t suggesting it was a difficult thing to do technically, but rather that their rationale for not doing it is always that it’ll lead to piracy, cut into sales, and so on.

Dungeonsape obviously leads to my initial question – how do other companies Pathfinder dujgeonscape it, Eclipse Phase does it and doesn’t even charge money manage dungeobscape without going under? Not dunheonscape why you thought I was suggesting they weren’t technically able to udngeonscape PDF files.

They should partner with a developer to do a mobile app for them, instead of trying to do their tools dunfeonscape. Well there’s this thing where they used to make PDFs of every book, and then everybody just pirated the PDFs and didn’t buy the books and that made Wizards unhappy.

You can hardly blame them for not wanting to give out their books for free. The people who are going to pirate are going to do it even without official PDFs. All they did was remove the option for those of us that wanted to purchase a legitimate PDF.

To be fair, scanning each individual page and relying on OCR is both a lot more effort and a lot less quality than copy-pasting an official PDF. That makes a difference to more people tan you might expect.

I think it had more to do with the printing proofs being available for 4E like months ahead of release of physical and digital books.

I have to assume that there’s no one at Wizards whose job it is to oversee their third party developer. Or if there is, then that person doesn’t know that there should have been a functional prototype last spring. When the app wasn’t at least available as a public beta when 5E launched, the writing was on the wall. Also depends on how much they want to pay for tool development. Their best chance how is to release pdfs. If they released PDFs, we’d see a huge influx of 5e based apps and a few among them would shine brighter than diamonds.

The community would make the apps. Then again, if they opened the licence up with a reasonable fee and simple rules they’d make some money off it too. Paizo manages to prevent anyone selling apps or running commercial websites that contain any part of the Pathfinder rules that isn’t OGL.

But I’m talking about individuals. Anything that can be bundled up into a file can’t simply be removed from everywhere. That’s what I meant. WotC already has PDFs of the rulebooks the rulebooks almost certainly existed digitally before they were printeddungeonsacpe just aren’t releasing them for purchase.

Besides, you said that if “they” WotC released pdfs that we’d see a huge influx of apps. I get it if you meant “release the license,” that’s just not what you said.